A guide to peace and conflict studies.

The sources listed on this tab refer to our special microfilm collections.  For many more online primary resources visit our Primary Sources guide.

The historical records, correspondence, and serials have been edited by the Archivist of the Swarthmore College Peace Collection. Published by Scholarly Resources on microfilm with a printed guide. In 1919 the United States section replaced the Woman's Peace Party as the official national arm of the WILPF and renewed its mandate to promote international peace and co-operation and support the civil rights of women, war refugees, and conscientious objectors.

The International Committee of Women for Permanent Peace was founded at The Hague in 1915. In 1919 the name was changed to Women's International League for Peace and Freedom with Jane Addams as the first president and Emily Greene Balch as the first secretary-treasurer.

The papers from the international headquarters of WILPF in Geneva have been deposited at the University of Colorado. The minutes, correspondence, pamphlets and serial publications are vital primary sources for researchers in Peace and Conflict Studies, Political Studies, Women's Studies and History. The historical period covered includes World War I, the civil wars in China and Spain, the conquest of Ethiopia (Abyssinia), World War II, the Korean War, the Cuban Missile Crisis and the Vietnam War. The activities of movements to promote peace and international conflict resolution are well documented - in addition to the WILPF, these include the League of Nations, the War Resisters International Movement, the World Disarmament Movement, the Charter of the United Nations, the Marshall Plan, the Universal Declaration of Human Rights. The collection is published by the Microfilming Corporation of America with a printed guide which includes a brief history of the WILPF.

From the Swarthmore College Peace Collection. Published by Scholarly Resources on microfilm with a printed guide. The Woman's Peace Party was founded in 1915 at the Washington meeting attended by Jane Addams and Carrie Chapman Catt to promote disarmament and woman suffrage and to oppose militarism. In 1919 the WPP became the United States Section of the Women's International League for Peace and Freedom (WILPF).

Along with the WILPF and the International Fellowship of Reconciliation, the War Resisters' International (WRI) took the lead in the cause of world disarmament in the years after World War I. With the purpose in mind to encourage direct war resistance, the WRI asked people to sign a pledge to refuse to serve in any future conflicts. By the late 1930s it had enrolled several hundred thousand people in 24 countries, and received active support from such notable peace activists as Albert Einstein. Documentation on the microfiche published by Harvester Press includes pamphlets, bulletins, newsletters, press releases and the minutes of meetings . There is no guide for this collection.

The CND was launched in 1958 to campaign for unilateral disarmament by Britain which at the time was the world's third nuclear power along with the U.S. and the U.S.S.R. The Archives continue to 1985 when Joan Ruddock was chairperson.This collection consists of annual reports, serials and pamphlets from the CND published as part of The Left in Britain collection by Harvester Press. Information on current campaigns in available at the CND web site.

Balch (1867-1961) was active with the WILPF from 1919 to the end of her life. She won the Nobel Peace Prize in 1946 ,one of only ten women to win the peace prize since its inception in 1901 and with her colleague Jane Addams (1931) and Jody Williams (1996), one of three women from the United States. Her papers have been arranged by the archival staff of the Swarthmore College Peace Collection in three series: biographical, correspondence, and miscellaneous writings. The printed guide includes a chronology of her life.

Evans (1856-1937), was active in a wide range of progressive social and labour causes - international peace, trade unionism, consumerism, woman suffrage, civil liberties and criminal justice reform. Her papers are deposited in the Archives of the Arthur and Elizabeth Schlesinger Library on the History of Women in America at Radcliffe College. A brief guide accompanies the reels. The collection, microfilmed by Research Publications, was donated by E. Margaret Fulton who served as University President from 1978 to 1986. 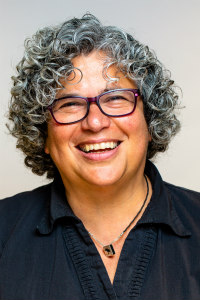 You may copy the guide as long as credit is included. We encourage you to license your derivative works under Creative Commons as well to encourage sharing and reuse of educational materials. Please be aware that many of our guides contain links to subscription-based services for which access is restricted, and collections of resources that may have additional rights reserved. Please consult the licenses and terms of use for each resource.